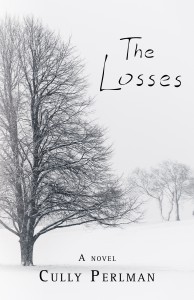 The Losses: A Novel

by Cully Perlman
Buy The Losses: A Novel through these retail outlets:

Description: Julianne Lipscomb is thrilled to have her family visit for their annual gathering in the small town of Helen, Georgia. While sibling rivalries arise, it is Harvey, Julianne’s husband, who is the center of attention. Harvey is fading away with age, but in the tempest that is their gathering, it is Harvey and his secret past that upset the gathering at the Lipscomb home.

One morning, lost in thought, Harvey admits that he has lost a son years earlier. Harvey’s confession is the beginning of many startling confessions. Harvey has other families, other demons. But in the chaos of Julianne’s daughters’ marital difficulties, Harvey’s problems are temporarily pushed to the side. Problems never settled come back to haunt, and for the Lipscomb family, the youngest family members are the ones to suffer the greatest later on.

Aaron, years older now and wandering from city to city, isn’t sure if his grandfather ever did anything inappropriate, but he’s positive Graham Oggy, his father’s boss, has. While Aaron has learned to deal with his being a victim, he struggles to not become the victimizer. He has good people around him, supportive people, but they have their own issues, their own problems to deal with. While time has passed, nothing has healed, either for him or his parents, who have drifted apart over the course of a couple of decades of denial, twisted prerogatives, and their inability to cope with the dips in the road as they chase success.

For Hadley, Aaron’s cousin, life is just as difficult. Hadley’s parents have divorced, due in large part to Aaron’s father, who, without having intended to, was promoted to a role Hadley’s father believed was rightfully his. Step in Graham Oggy. Mr. Oggy is a philanthropic man with a fondness for young boys and an ability to make business stars of middle management. Taking nothing else into consideration, Mr. Oggy promotes Michael, Aaron’s father, so he can be closer to Aaron. But in the process, Mr. Oggy destroys Hadley’s family; James, Hadley’s father, is devastated by the loss of his next promotion, and goes into a downward spiral from which he never recovers.

Yet in the end, when all hope is seemingly lost, it is Hadley, the youngest of the Lipscomb women, who seeks, and ultimately accepts, the truth of who Harvey was, and most importantly, who they, the Lipscombs, are.